More than 70 per cent of New Zealand drivers have experienced road rage, with almost half of these experiencing road rage in the last 12 months, new research on driver behaviour shows.

The survey findings reveal New Zealanders want to show courtesy to each other when driving – but a large portion don’t know how to show thanks on the road.

The independent TRA research, commissioned by BP during ‘March Madness’ – the nation’s busiest month on the road – has uncovered the following key findings:

The 95 per cent of those surveyed consider themselves courteous drivers.

When thanked on the road, 85 per cent of those surveyed says their mood improved.

Despite 89 per cent of Kiwi drivers saying they show thanks to other drivers regularly, only 37 per cent feel they are shown the same amount of gratitude in return.

Nearly one third of New Zealanders surveyed are confused about the most suitable way to show thanks on the road.

A wave is used to say thanks by 85 per cent of Kiwi drivers while more than 50 per cent say they smile to show thanks. Other options include a finger lift, a toot, high-beams, or a quick flick of the hazard lights.

New Zealand is a driving nation and BP wanted to know more about Kiwi driver behaviour and how it can impact your mood. Findings show that a deficit of gratitude on the road is having a lasting negative effect on drivers.

“It’s a great feeling when another driver lets you into a traffic queue or gives you a wave when you let them pass,” says managing director of BP New Zealand Debi Boffa.

“Unlike road rules, showing appreciation on the road tends to be overlooked. It’s in the everyday actions we can have a positive impact on another driver’s day, no matter how big or small."

To address this gap in gratitude, BP is introducing a new way to say thanks on the road with the upcoming release of the BP Thank You Button.

The limited-edition BP Thank You Button comes in two parts. The Thank You Button itself, a small button which attaches to the air vent at the front of a vehicle in a convenient location and a green ‘thumbs up’ light to be displayed in a vehicle’s rear window for the driver behind to see.

The ‘thumbs up’ light is activated with a simple press of the Thank You Button.

“When we looked at the research findings, we were surprised to see that there’s a lot of confusion around how exactly we’re supposed to say thanks on the road. The Thank You Button concept came to life because we wanted to offer a fun, interactive way to unite thousands of drivers across the country, making their day a little brighter,” says Debi. 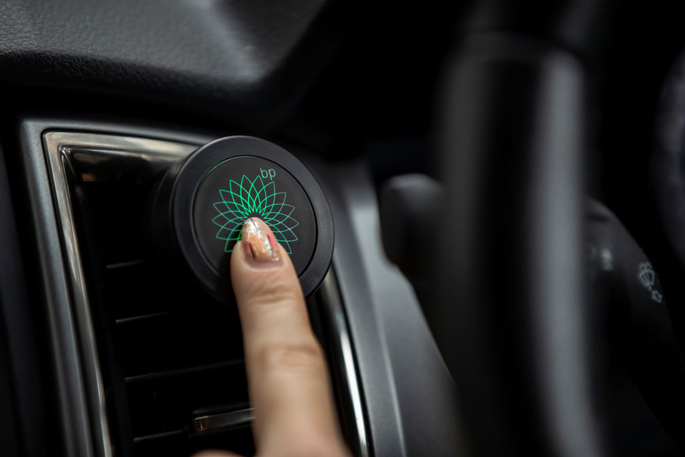 BP believes the Thank You Button is the first Kiwi-designed electronic ‘thank you’ device designed to promote positive driving attitudes and behaviours on the road.

The button also helps address findings in BP’s research that shows almost one third of drivers are confused about the best way to show thanks.

The TRA research showed that when drivers are the recipient of thanks, 85 per cent admit to feeling a noticeable improvement in their mood. But it’s not just our feelings that are impacted.

“Experiencing appreciation can lead to the release of dopamine, our natural feel-good hormone, which enhances psychological, social and physical health.”

And being thanked can have a domino effect according to Susan who says research shows people who are thanked are more willing to thank others.

“We know road rage is impacting negatively on how we feel. Even being ignored by someone we have graciously slowed down to let in can make us feel annoyed. But if a driver signals their appreciation of courteous behaviour, we’re more likely to feel happy and experience a sense of good will, which will likely lead us to being more courteous to others on the road,” says Susan.

It’s this positive driving behaviour that BP hopes its Thank You Button will encourage, as does AA Driving School general manager Roger Venn.

“A little courtesy and goodwill when driving goes a long way. Giving people a quick thank you can help the roads be a friendlier and happier place, which can only be positive for our driving culture,” says Roger. 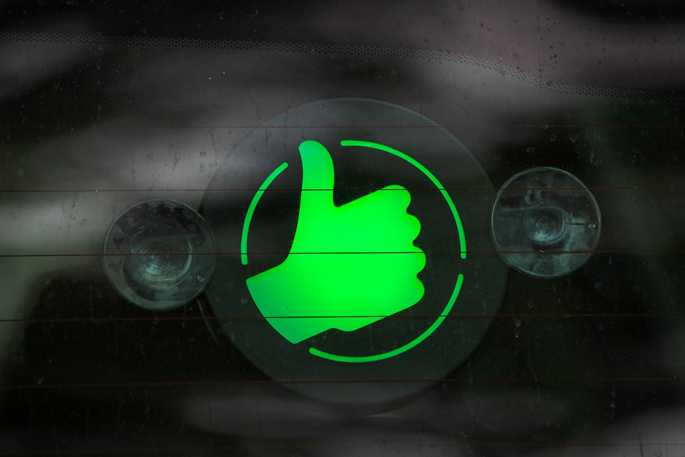 The limited-edition BP Thank You Button will be available soon at select BP fuel stations across the country until stocks last as a complementary gift with a purchase of $60 or more on fuel and instore items.

To register early interest, visit www.bpthankyoubutton.co.nz and fill in the form or tap on the Thank You Button icon in the BPMe app. Once registered, you’ll be notified when the buttons will be in stock, but customers are encouraged to get into BP quickly once they’re contacted as numbers are limited.

Watch out for Wing Mirror Wednesday

All your WOF and COF needs in one place

Minis hit the road to raise funds for charity

No reserve auction for a piece of history

Tauranga man to chair transport board

Watch out for Wing Mirror Wednesday

All your WOF and COF needs in one place